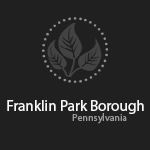 The Franklin Park Borough Police Department began its service to our community on July 11, 1952 when former State Patrolman, Clair Bloom, was appointed as the first part-time police officer. In 1963 a full-time police department was formed with Joseph Hotnich as acting chief. He was supported by three part-time patrolmen, Alphonous Merriman, Raymond Beatty and Merle Wehr. It is a little known fact that up until 1977, in addition to their duties as police officers, they were also the ambulance service for the Borough.

In 1967, Norbert Micklos became Chief of Police and throughout the 1970's, the department continued to grow. William Creese and James Bennett were added as the first full-time police officers in 1973 and Donald Dorsch and George Tongel followed suit in 1977. The department remained nearly unchanged through the 1980's adding only two part-time patrolmen to supplement calls.

After 25 years of service, Chief Micklos retired in 1992 and Officer Donald Dorsch was named his successor. In the 1990's the borough's population grew nearly 65% so in order to meet the growing demands for service, the police department nearly doubled in size, adding three new full-time patrolmen.

In 2019 Chief Donald Dorsch retired after 42 years of dedicated service to the borough and Sergeant Healy was promoted to Chief of Police. Today, thirteen full-time and three part-time police officers protect and serve the Borough's 13.6 square mile community.